Baltimore Shot Tower and the Riots 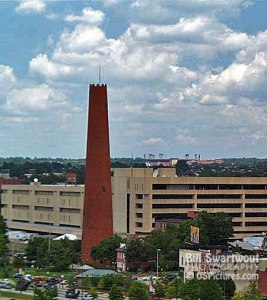 Baltimore, or as in the regional vernacular, Ballimer. A city in chaos. It’s not historical and it’s not fiction. It’s now and it’s real.

The Phoenix Shot Tower looks like it’s been  fairly missed by the rioting according to its location set in a Baltimore Sun map of the violence earlier in the week.

Not much plate glass to smash or goods  to loot.